In a universe where people are seeking connections with others, a
woman and a small child are

brought together as mother and daughter. Inside the bubble of the mother’s protection, the child learns about love and trust, and ultimately how to form her own attachments.

Torill Kove was born and raised in Norway and now lives in Canada. Her three previous short films have all been nominated for the Academy Award, and Kove won the award with The Danish Poet. Kove has directed the feature film Hocus Pocus, Alfie Atkins and
written and illustrated several children’s books. 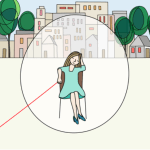 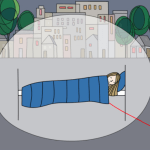 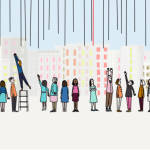