BASED ON A TRUE STORY

One hot August afternoon in 1972 John Wojtowicz attempted to rob a Brooklyn branch of the Chase Manhattan bank. An unexpectedly rapid police response prompted Wojtowicz to take eight hostages. Once Wojtowicz revealed that he had committed the robbery to finance the sex change operation of his lover, there was no turning back. A 10 minute robbery degenerated into a 14 hour stand off. Cops, crowds and cameras – the robbery was a spectacle that eventually served as the basis for Sidney Lumet’s 1975 film DOG DAY AFTERNOON.

Of all the accounts as to what took place during those 14 hours, Wojtowicz’s testimonial is the only one missing. After serving time in prison, Wojtowicz was released, taking up residence several blocks from the bank, leading his life in the illuminated shadow of cinematic memories that were not his own.

‘Based on a true story’ is a remarkable journey back in time reconstructing this day in August 1972. Whereas John Wojtowicz wants to star in his own memories, his control over the story slips away when other accounts come to light. With stunning original news footage, clips of the film Dog Day Afternoon, and recollections of both the hostages, the Police, the FBI and John Wojtowicz, this becomes a story of many faces. 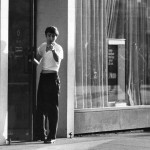 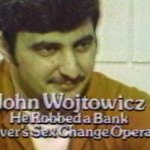