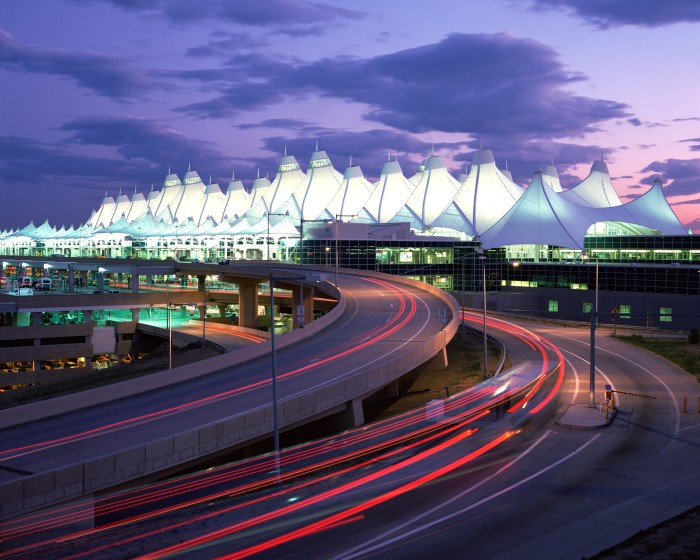 It seems that almost a hundred years after the era of the great railway stations, the vast and lofty architecture of the age of steam was reincarnated in the form of streamlined cathedrals of flight at the end of last century. The series FLIGHTS OF FANCY shows – by means of four international major airports – contemporary architecture of the superlative.

It was opened in 1988 and was designed by the Italian architectural star Renzo Piano. Within the seemingly monumental terminal, silver support beams deliquesce upwards to form a framework which – when looked upon from the outside – looks like the wings of a gigantic bird.

Designed by Curtis Fentress, this is one of the most renowned architects of the United States. Fentress and his office are situated in Denver, and for his design he let himself be inspired by the snow-covered peaks of the Rocky Mountains nearby. The snow-white roof of the main creates the impression of an icy mountainscape with 34 peaks by day, whilst by night it conveys the image of a glowing ridge which promises the passengers looking out of their plane’s windows, a near arrival.

Opened in time for the 50th anniversary of the People’s Republic of China on the 1st of October 1999. The design of China’s new calling card was taken over by no-one other than the French architectural legend Paul Andréu. With its monochrome structure the Shanghai Pudong Airport appears almost sacral. The grand floor space made of polished grey granite reflects the roof’s structure, which is seemingly interspersed by long white cylinders.

The new terminal belongs amongst the most ambitious projects of the British master-builder and Pritzker-Award-winner Richard Rogers. Embedded in an artificial valley, the terminal picks up the composition of the Spanish plateau and melts, at the same time, via the separate roof with the surrounding mountainscape. 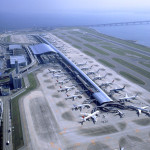