Back in December 1953, the 27 years old Hugh Hefner published the first Playboy Magazine in Chicago, and the American system of values – God, family and work – got muddled up forever. There was no match for Playboy or for its founder. At the head of the company was a man whose lifestyle stimulated men’s fantasies just as much as the magazine itself. Hugh Hefner, hedonist, icon of virile machismo and the most famous playboy in the world. Initiator of the sexual revolution, a fighter for civil rights and supporter of the arts, a liberal saint – or, after all, just an amoral materialist, chauvinist and pornographer? Fact is, no other magazine has had such an impact on American and Americanised culture as the glossy Playboy from Chicago.

Today, Playboy is one the five best known brands in the world alongside Coca Cola and McDonald’s. According to the Far Eastern Economic Review Playboy is even the most popular brand in the People’s Republic of China – a country in which the its most famous product, Playboy Magazine, is categorised as pornography, i.e. illegal. But the Chinese know absolutely what Playboy represents: sex, beautiful women – and sophistication. And in India too, the sexual revolution, thanks to Playboy, is just a step away.

LET’S PLAY, BOY tells the story of the cultural and economical phenomenon called Playboy – in times in which the species “playboy” seems to be dying out: An acute evaluation of the broad impact both the Playboy magazine and the brand have had over the past 50 years. 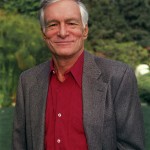 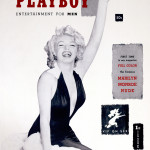 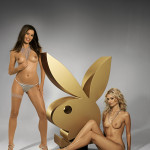