Tupperware: it’s a plastic product, a company, a marketing phenomenon, an enduring icon. A Tupperware party takes place somewhere in the world every 2.5 seconds. Where did it all begin?

Tupperware! tells the remarkable story of Earl Silas Tupper, an ambitious but reclusive small-town inventor, and Brownie Wise, the self-taught saleswoman who built him an empire out of bowls that burped. Brownie was an intuitive marketing genius who trained a small army of Tupperware Ladies to put on Tupperware parties in living rooms across America in the 1950s. She rewarded her sales force with minks and modern appliances at extravagant annual jubilees which the company filmed. Her saleswomen earned thousands, even millions, selling Tupperware. And the experience changed their lives.

The film includes rare footage collected from basements, attics, and back rooms: color home movies taken by Tupperware Ladies and Jubilee footage shot by Tupperware Home Parties, as well as ads and television excerpts from the period. The footage is interwoven with fabulous and funny stories told by Tupperware Ladies who witnessed the company’s early years. 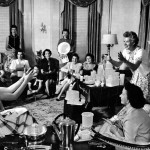 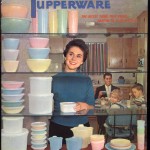